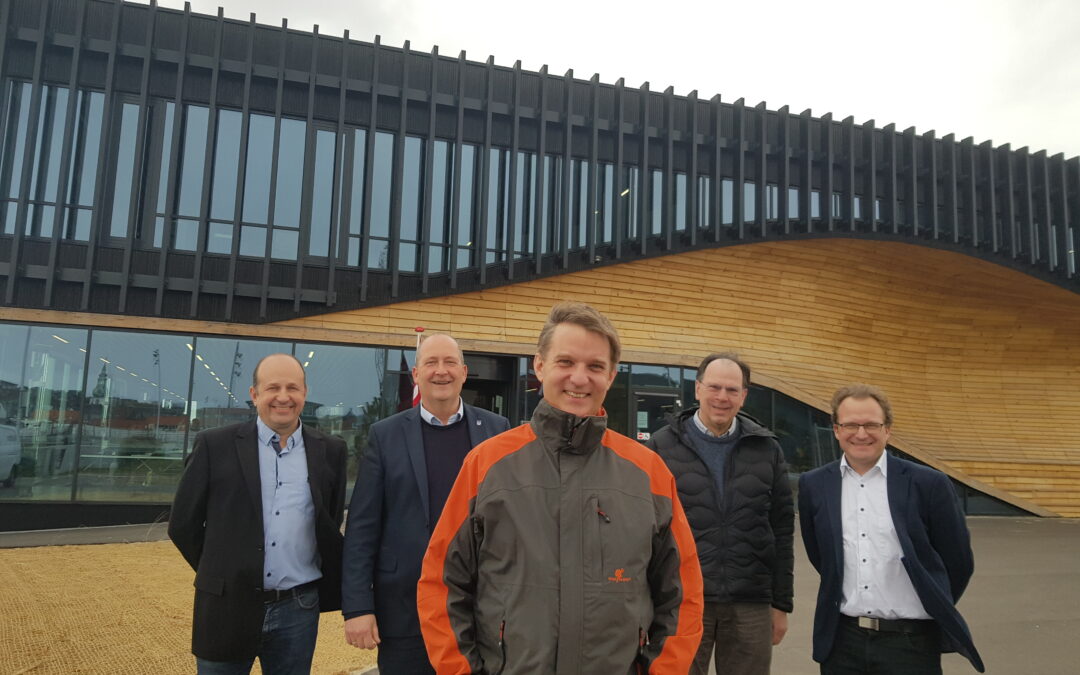 Nine employees at the Central Jutland Region's office for soil pollution are moving into the Climatorium building in Lemvig. One of the major tasks for the people of the region, the soil pollution office, will be the historic clean-up of Høfde 42.

The nine employees have their first working day in Climatorium on Thursday, where they are part of an office partnership with Lemvig Vand's employees, who are also housed in the award-winning building at the harbor in Lemvig.

- One of the biggest challenges will be the work to remove the pollution at Høfde 42 and on Cheminova's old factory site. By getting physically close to the tasks, we can follow and coordinate the work effectively. We look forward to getting started.

From a political point of view, the move is also seen as part of strengthening all areas of the region and preserving jobs locally.

- It is important that we get started quickly with the clean-up. By placing the office in Climatorium, employees get close to the tasks. At the same time, we maintain regional jobs in the western part of our region, says Jørgen Nørby, who is chairman of Regional Development.

In the Central Jutland Region, there are three so-called generational pollutants. It is old pollutants that threaten the environment and create major problems for surrounding areas. All three are located on Harboøre Tange by Cheminova.

The clean-up work on Høfde 42 and Cheminova's old factory site is expected to cost a total of approximately DKK 500 million. The clean-up of Høfde 42 will be put out to tender later this year.

With the mayor of Lemvig Municipality, Erik Flyvholm, the joy is great.

- It will be good to get cleaned up at hip 42. At the same time, I am naturally pleased that we locally get more exciting jobs in the area, he says and also sees the move as an opportunity to strengthen cooperation between the many independent actors who work with climate.

The chairman of Lemvig Vand, Steffen Damsgaard, does the same.

- The building for Denmark's international climate center, Climatorium, already houses Lemvig Vand's employees. Now other skilled professionals are also moving in, he says and points out that the Coastal Directorate is also based in Lemvig, and there are many exciting energy projects in the area.

The pollution on Harboøre Tange has been thoroughly investigated, and the Central Jutland Region, which is responsible for the clean-up, is in the process of preparing. The technology for cleaning up contaminants has been developed in collaboration with the companies Krüger and Fortum, which have developed methods for cleaning contaminated soil from Høfde 42.

In December 2020, the parties behind the Finance Act 2021 decided that DKK 630 million should be set aside. kroner over five years for the first phase of a clean-up of generational pollution in Denmark. In this phase, e.g. cleaned up on Høfde 42 and Cheminova's old factory site on Harboøre Tange. In addition, Auriga Industries A / S (former owner of Cheminova), which is a subsidiary of the Aarhus University Research Foundation, provides a lump sum of DKK 125 million. DKK for cleaning at Høfde 42. In 2019, DKK 50 million was also earmarked. kroner on the Finance Act for the pollution at Harboøre Tange.