Climatorium is an innovative climate center located on the west coast of Denmark.

Climatorium is the meeting point that brings together civil society, authorities, businesses and educational institutions to discuss lifestyle, prevention and adaptation to the climate challenges we face.

A meeting place with a mission and a vision

Climatorium's mission is, through collaboration between private and public companies, knowledge institutions and civil society, to develop new solutions to current and future challenges in the areas: Coastal Climate Challenges, Green Energy, Circular Economy, Water and the Environment. Solutions that can be used and disseminated locally, regionally, nationally and internationally. 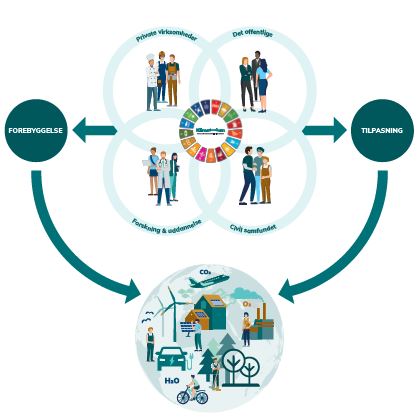 Solutions are based on local challenges and spread internationally 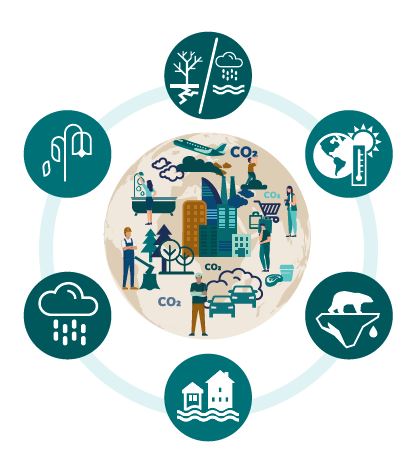 Klimatorium creates solutions and spreads awareness of them

Klimatorium creates projects that strengthen the green transition and adapt human life to the current climate challenges.
This is based on the UN's world goals - and on establishing Quadruple Helix collaborations between the public sector, private companies, local citizens and knowledge institutions - for the benefit of both the local area and the world's climate!

For the globe to be in balance again, we need to give more back to the earth than we take.
Klimatorium contributes to this with projects and solutions within coastal climate challenges, green energy, circular economy and water and the environment, including the collection and dissemination of knowledge about salt water in relation to climate adaptation.
Klimatorium is also working to spread the understanding of the climate situation today - and how we work to solve these challenges. 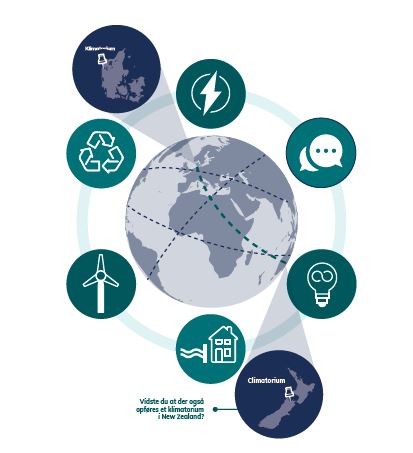 Water and Climate have a global market of 3000 billion. It is a sector that means a lot to Denmark and with a clear plan of action defined in Vandvisionen 2025.

With Vandvisionen 2025 ønsker Denmark wishes to double the export of water technology and create 4,000 new jobs within the industry.

Climatorium is one of the building blocks for achieving the goals for 2025, where Denmark must be a world leader in providing intelligent, sustainable and efficient water solutions. Denmark is going to be the growth center for smart water solutions and it all starts in the Climatorium where climate-innovative companies and other relevant partners gather in a fruitful business environment around climate, water, energy and circular economy. Through Climatorium's fantastic environment and network, the partners can collaborate in research and education.

The projects will include presented to businesses and the public through Climatorium's premises in Lemvig. Climatorium has close cooperation and dialogue with international partners and can therefore help the Danish business community increase their exports by marketing and showcasing Danish solutions and increasing climateism.

Climatorium is a part of Coast 2 Coast Climate Challenge (C2C CC) - a six-year climate change adaptation project, which runs from 1. January 2017 to 31. December 2022. The project is supported by the LIFE-program with approx. 52 million DKK and has a total budget of approx. 90 million DKK.In addition, all the construction costs are associated with the realization of the many solutions that are developed during the project process.

The project is led by the Central Jutland Region(Region Midtjylland), which will work closely with the other 30 partners to create a climate-robust region by: formulating a common long-term strategy among the local actors, and by implementing the municipal climate adaptation plans, with the necessary analyzes and activities are coordinated, and by identifying and improving resources and capabilities among citizens, municipalities, utilities and companies in the water industry.

The project is implemented in a number of sub-projects (24) and various activities. Various partners have brought sub-projects into C2C CC. One of these sub-projects is Climatorium. 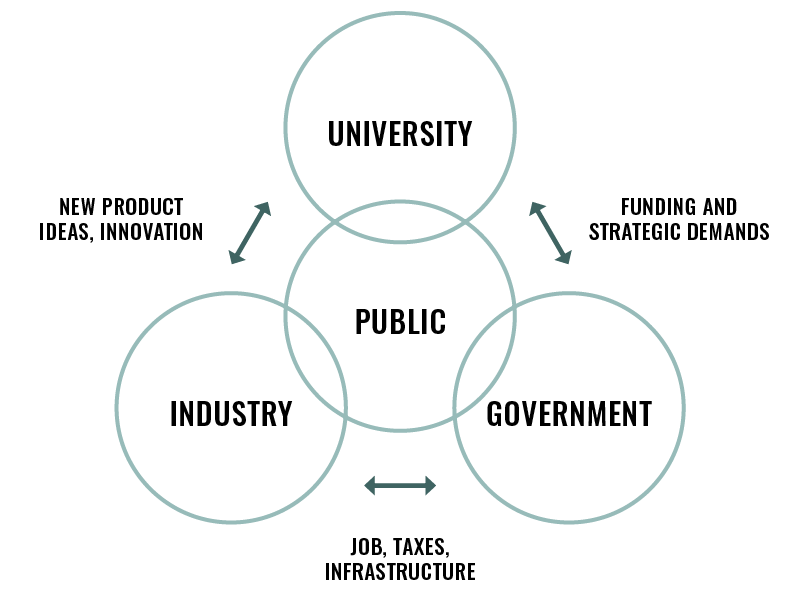 Climatorium is built from the Quadruple Helix mindset. This must be understood as the importance of cooperation between the four segments:

The Quadruple Helix mindset originates in Triple Helix, but where civil society is added. This is to emphasize the importance of involving citizens. Innovation is not the focal point alone. It is crucial that you develops according to the needs and inquiries of civil society. Through cooperation between the four segments, the players find innovative climate solutions and manage to convey a strong message.

Climatorium is housed at the port of Lemvig, one of the places where the climate challenges are felt and seen.

The story behind the construction

The Climatorium building's architectural approach is pragmatic based on the motif of the industrial harbor's boatbuilding halls. It is based on the 'barre' structure, as Lemvig's port already suggests, which has been continued from the former industrial port in both the smith's workshop and the new residential building on the other side of the building site.

Climatorium is located approximately perpendicular to the waterfront among the parallel rectangular lengths that provide viewing and access to the water between them. The building is on two levels, thus adapting to the scale of the existing buildings at the harbor. The glass-lined façade on the ground floor creates transparency and openness in the street plan from all sides, which visually ties the area together across the building. The interior of the building will thus appear inviting and open, and will pique passersby and visitors' curiosity about what is going on inside.

The landscape is organized by isobar lines, as on a weather map - or a so-called front map. Isobar lines indicate differences in air pressure that create wind. The lines in the landscape are thus a representation of the wind that can often be experienced at the port of Lemvig, which sometimes leads to floods. The organic forms also cause the landscape to visually merge with the skatepark.

The isobar landscape flows into the building and the organic forms meet the façade in the main entrance, where they are continued in the façade, forming an iconic undulating pocket in light wood. The pocket forms a microclimate with shelter for the wind and forms an obvious gathering place for people in the square.

The motif refers to a wave at sea and to the hulls of the fishing boats that have historically characterized the area, thereby honoring the area's nature, fishing culture and local building practices. 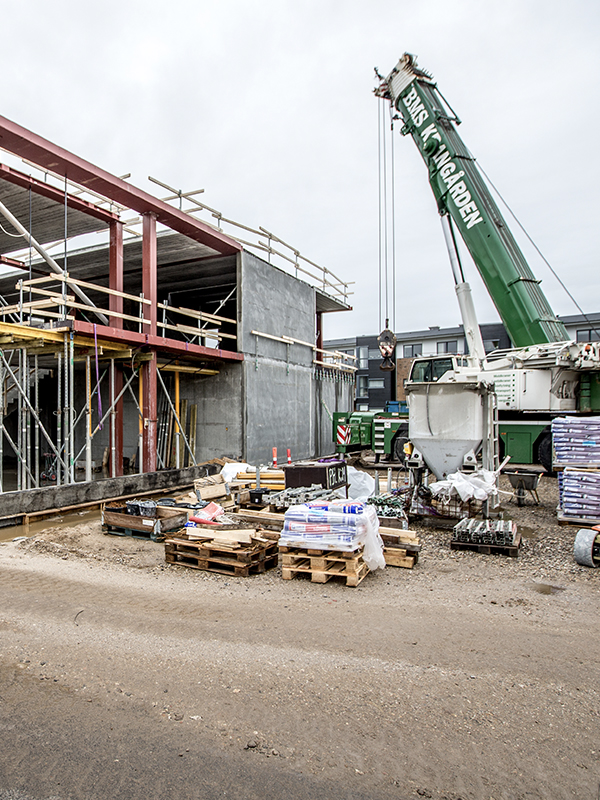 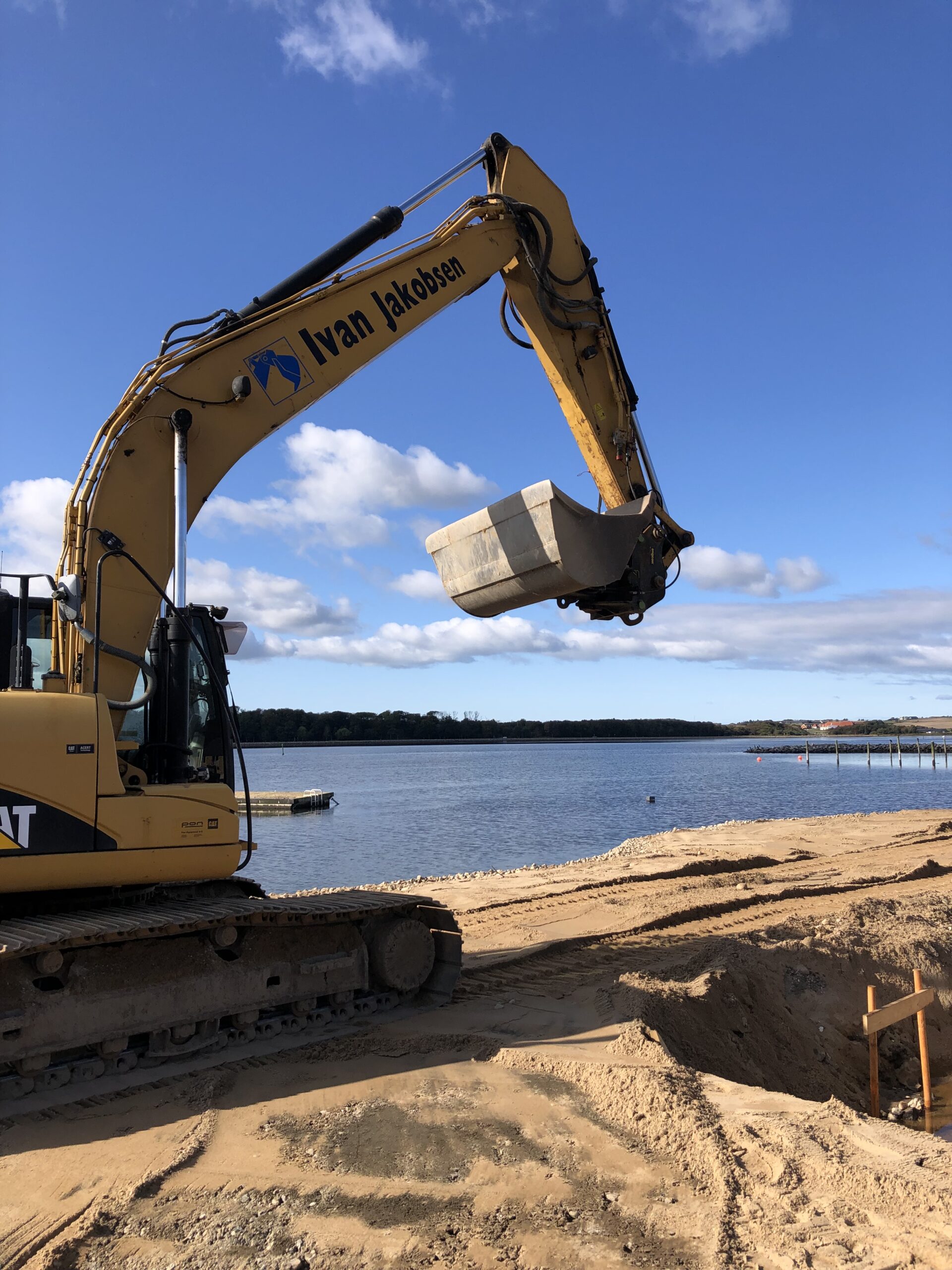 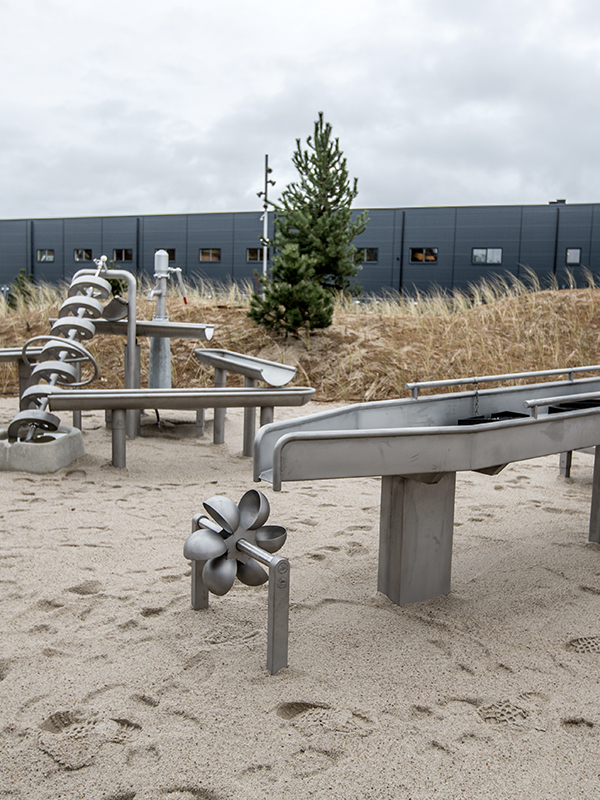 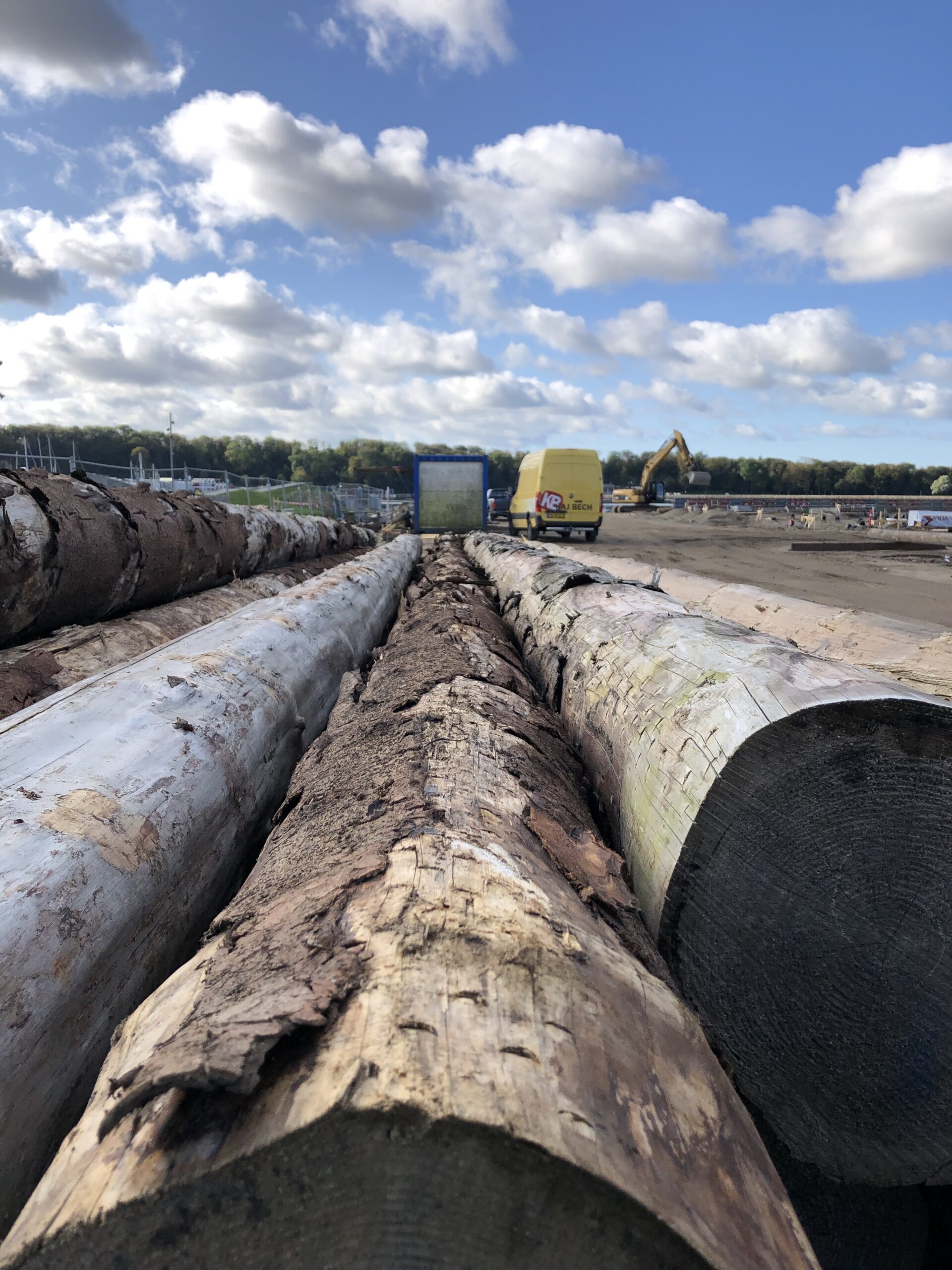 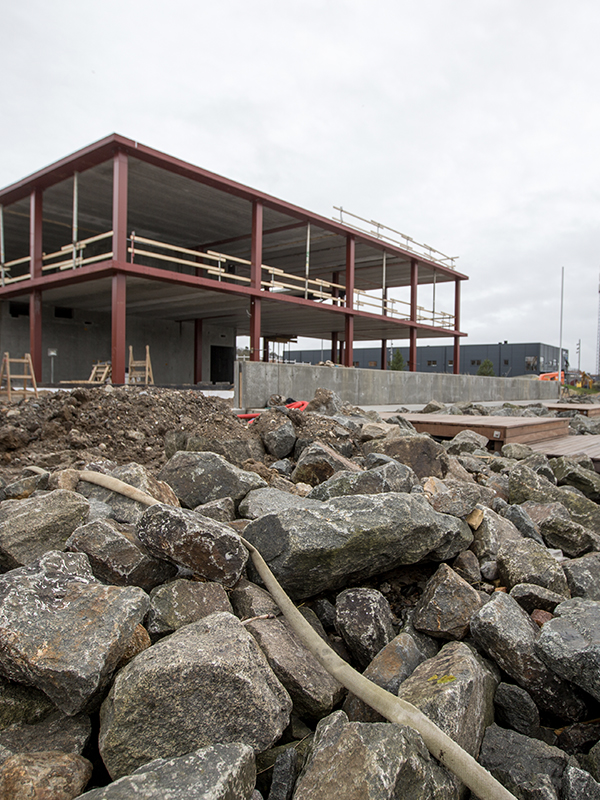 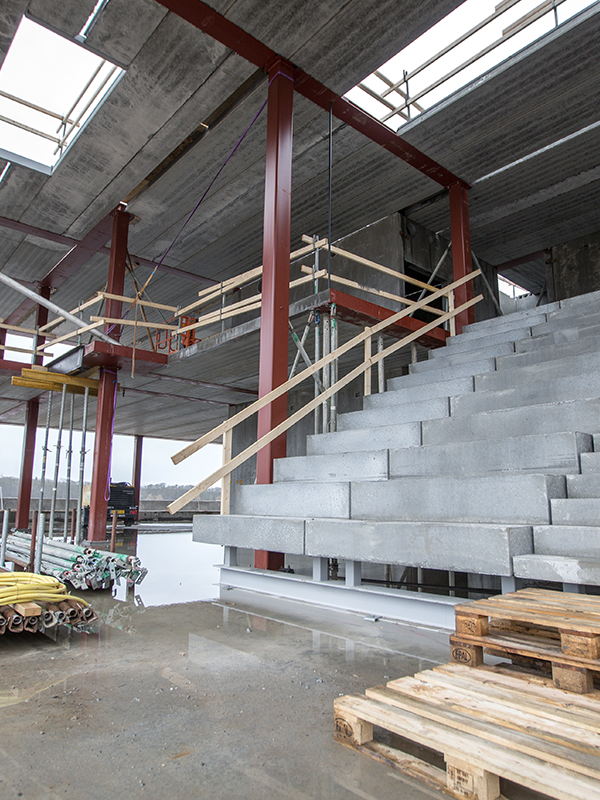 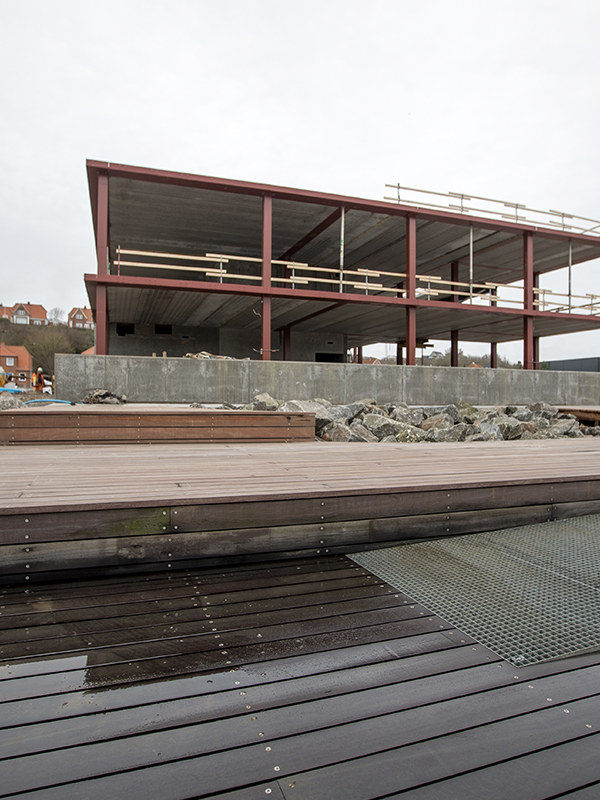 Manage consent to cookies
We use cookies to optimize our website and our service.
Manage options Manage services Manage vendors Read more about these purposes
Preferences
{title} {title} {title}
X