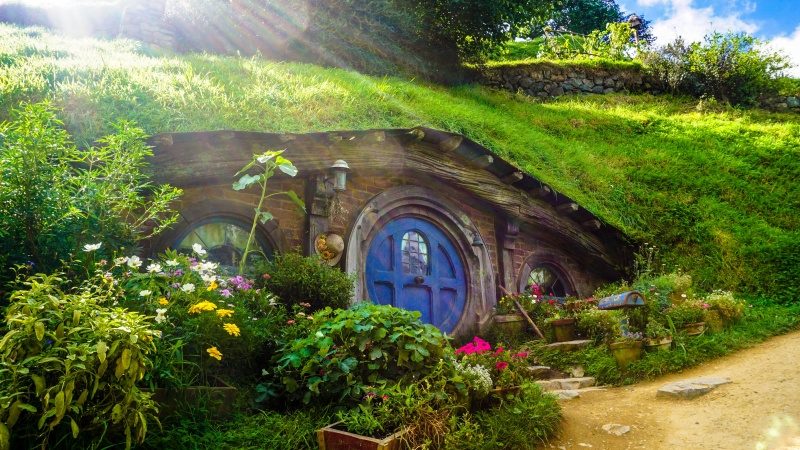 Earlier this year, a delegation from New Zealand spent five days in Denmark to explore water and climate adaptation solutions and, more specifically, to learn more about Lemvig Municipality’s “Climatorium”. Among other things, the visit resulted in future cooperation on the development of a southern hemisphere Climatorium in New Zealand.

Although situated on opposite sides of the world, New Zealand and Denmark share several concerns regarding climate change and societal resilience. Part of the reason why the delegation made the visit to Denmark was to capitalise on Danish expertise on water management and climate mitigation. The delegation consisted of ten public and private representatives from Nelson of South Island, including the mayor of Nelson, Rachel Reese, and Board member Miriana Stephens from Wakatu Incorporation, a company that manages land and water resources on behalf of their Maori indigenous families of that region.

The tour was organised in collaboration with both State of Green, Central Denmark Region’s Coast to Coast Climate Challenge (C2C CC), which is leading the Climatorium project and consultant Sarah Lund. The delegation paid visit to five different Danish municipalities to explore the different Danish solutions within climate resilience.

Climatorium – in New Zealand
The Municipality of Lemvig is one of the most climate-challenged regions in Denmark. Lemvig Climatorium is part of the C2C CC project and works on the issues of sea, coast and water. The purpose of the Climatorium is to collect knowledge about water, which is relevant to the trade and industry, as well as to tourism and the local population. The Climatorium – which will be constructed by 3XN Architects, Orbicon and SLA – is scheduled to be completed by 2020 and will serve as a shared space for both private companies and research institutions.

The mayor of Nelson explained that the establishment of a Climatorium in New Zealand would not only foster the collaboration on climate solutions between different stakeholders – private companies, academic institutions, and public authorities – but also stimulate social and economic growth in the Nelson region. The NZ delegation used the trip to Lemvig to gather input for a pitch for the European Union to establish a southern hemisphere Climatorium in Nelson.

Stephens told Folkebladet Lemvig that given their indigenous culture and knowledge on environmental protection, they are committed to “green energy solutions that are long-term” and are looking forward to building partnerships with other Climatoriums from around the world. “We have gathered a lot of inspiration in Denmark, which we will be able to implement on New Zealand.”

Mutually Beneficial Solutions Through Future Partnerships
Based on the efforts of the Ministry of Foreign Affairs, which supported the promotion of Lemvig Climatorium as an export model at the New Zealand Stormwater Conference in 2017, New Zealand has already begun several collaborative projects with the Danish Climatorium within research and academia – and has expressed its strong interest in working together with Danish businesses as well.

Currently, Lemvig and New Zealand are working on a project within the field of education that is inspired by the Make A Difference (MAD) concept from Auckland University. In brief, MAD promotes climate and water education in schools, which includes the election of young climate and water ambassadors. If successful, the project may be expanded to include other EU countries through the Erasmus program – an opportunity that would further strengthen partnerships between the EU and New Zealand.

Lars Nørgård Holmegaard, Director of Lemvig Water and Wastewater Utility and Project Manager of Lemvig Climatorium told Visit Nordvestjylland, “In Denmark, we believe that global climate challenges must be addressed through cooperation. The development of new climate solutions requires both local and international cooperative efforts. That is why the Climatorium has been proactive in arranging this delegation tour, and included other site visits within the region.”

He affirmed that a collaboration between Lemvig Climatorium and a similar Climatorium in New Zealand would be mutually beneficial, and expects future cooperation opportunities in the field of water and climate solutions.